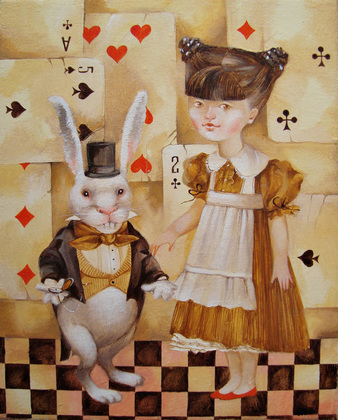 Alice & the Rabbit by Nataliya

Guest Artist            Gloria Askin
We're thrilled to have Gloria joined us, she will produce original art print for our Alice in Wonderland project

Exhibitions:
Baltimore Clayworks, OXOXO Gallery,as featured Artist of the Month at the Shop at the Walters Art Museum in Baltimore, and Facere Gallery in Seattle. I have also taken part in craft shows in Philadelphia,Tucson and Santa Fe.
My work is also carried by museum shops such as the Baltimore Museum of Art and the American Visionary Art Museum and there are commissioned pieces in private collections including museum curators and prominent art educators.​